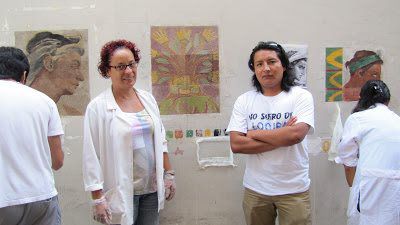 The Conservation of Wallpaintings Workshop (2012 and 2014) in Yachay Wasi Institute in Lima, Perú is an introduction to different types of wallpainting media conservation. Instructor: Viviana Dominguez

The syllabus included the history of wallpainting and its social and political commentary; building and construction materials; techniques and materials; environmental problems; and causes of deterioration. It also included writing diagnostic condition reports and conservation treatment proposals, and how to approach photographic documentations. 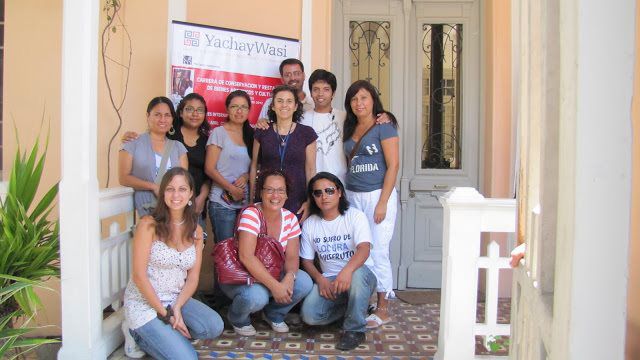 The 2012 workshop was four weeks long 6 (six) hours a day. Mornings were dedicated to hands-on and the afternoons to the theory.
The 2014 workshop was a 12 (twelve) hour webinar and a 6 day intense hands-on experience. The webinar was live and interactive. Participants were able to make comments during the class and they even presented their own Power Points on several occasions. 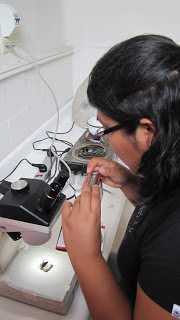 Students at Yachay Wasi Institute's workshops are well prepared and have a very good understanding of the theory, ethics, and the science behind conservation. Most already work in the field, in archeological sites and museums, or in private practice which made my experience that more productive and unique. Participants came from all over Perú and Brazil and were very enthusiastic, contributing their own knowledge and experience to the class. 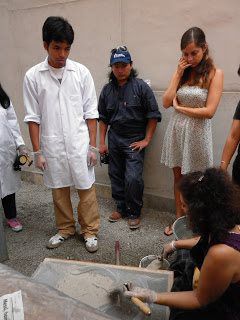 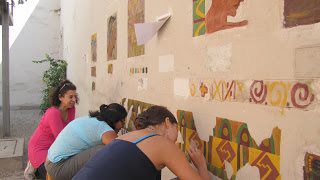 During the workshops students learned how to prepare lime for plaster and sketches for fresco murals. We created our own sample murals on the adobe walls of the institute using different techniques such as lime-based fresco, secco and tempera with animal glue. The students not only became acquainted with the materials but also with applying conservation treatments.
Working on mock-ups, students learned about consolidating the mortar, repairing and filling of material losses, and impainting and retouching techniques. We were to make detailed observations under a microscope from small samples of a real mural. 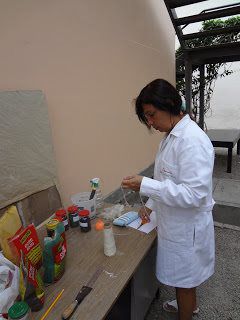 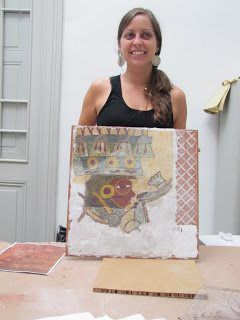 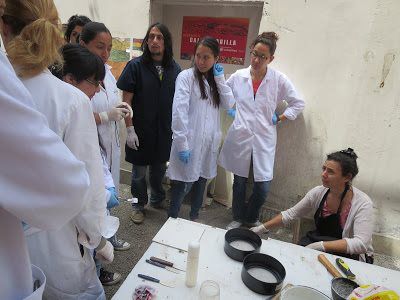 We learned to prepare lime for plaster and sketches for fresco murals. 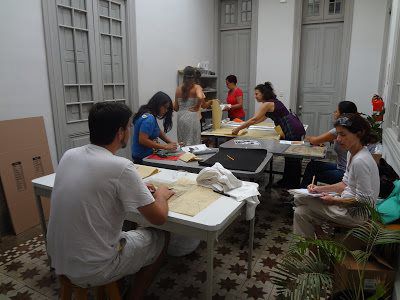 On-site visits to survey murals in Lima were a highlight of the course. We visited the fresco paintings by Teodoro Nuñez Ureta (below) at the Tacna building and las Nazarenas. 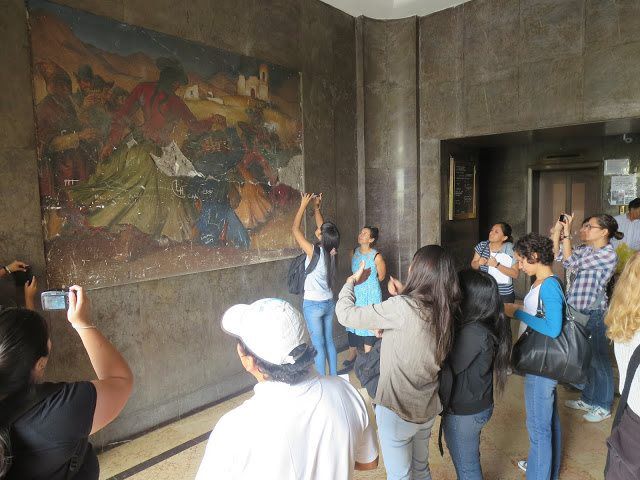 El Huayno, fresco painting by Nuñez Ureta
The participants survey Ureta's mural. They wrote condition reports with photocumentation and did sketches to map damages on the surface.
Yachay Wasi Institute is very well located within the historic district known as el Barranco. The neighborhood is not only an enclave of original colonial National Patrimony but also a very hip and lively area with contemporary galleries and a great nightlife. 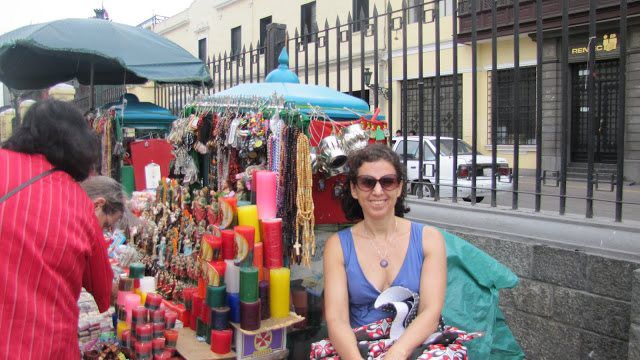 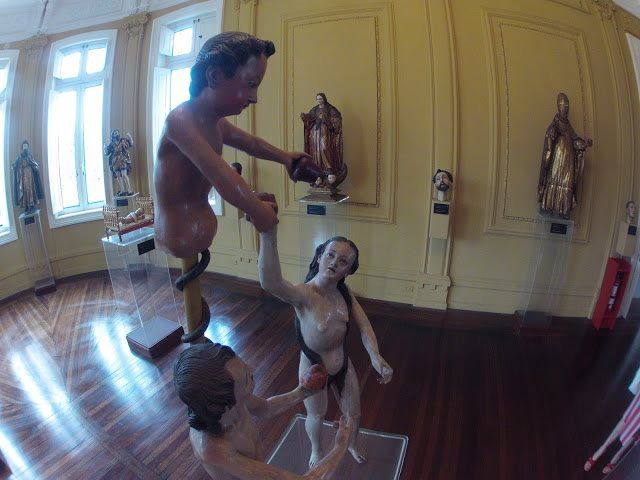 Museo Pedro de Osma, Barranco - Perú ( Museum Pedro de Osma)
The students were very personable and invited me to join them at Pachacamac archeological site outside of Lima. 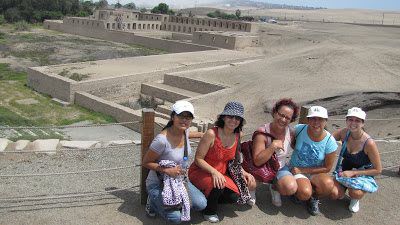 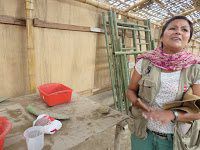 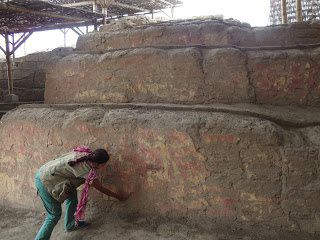 Gianella Pacheco, one of the workshop's participants and conservator at Pacachamac, explained to us the benefits of using Tuna mucilage (a cactus gel) to consolidate wall paintings on earthen architecture. 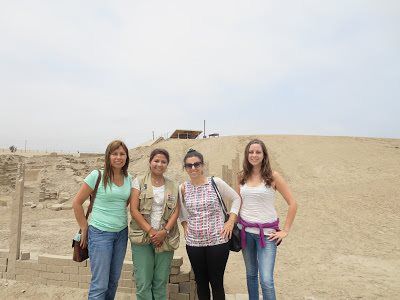 Jessica, Gianella, Viviana and Alejandra during our second visit to Pachacamac 2014
Traveling continued towards the Northern coast to Trujillo where I had the pleasure of visiting other archeological sites from the Mochica culture.
Huaca del Sol y de la Luna sancturary 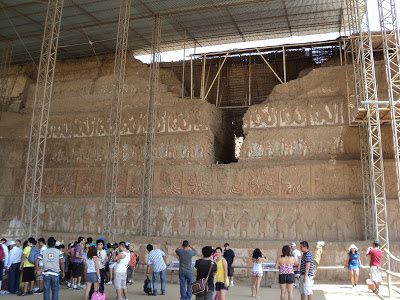 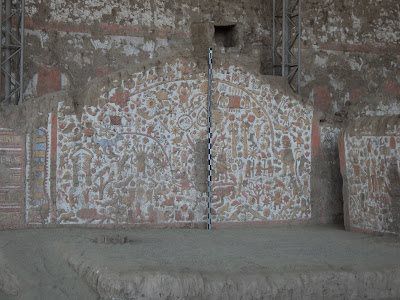 The mural of the Myths at Huaca de la Luna 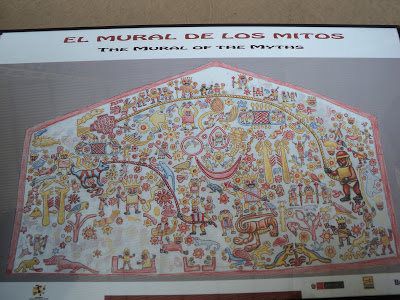 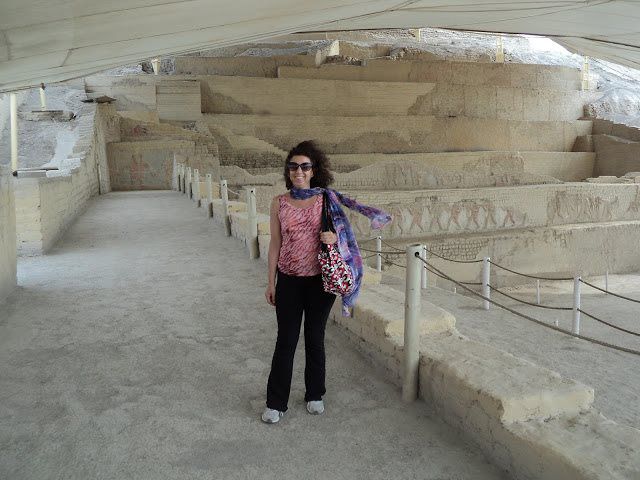 El Brujo Complex and Huaca Cao Viejo where the Lady of Cao mummy was found. She was the first governess in Perú 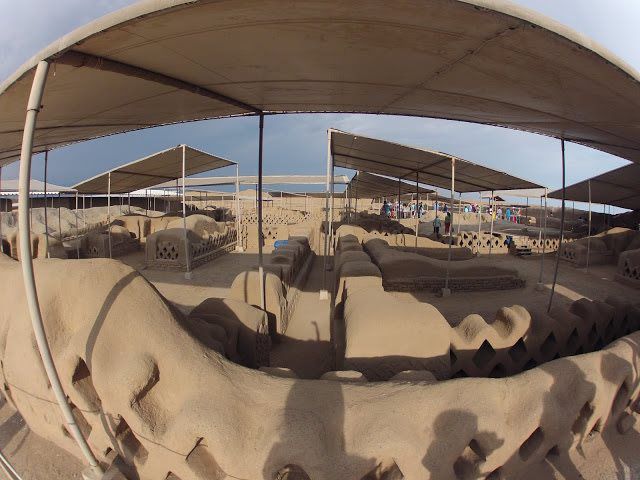 Chinchón, another great example of earthen architecture
Back in Lima
Eastern Week celebrations 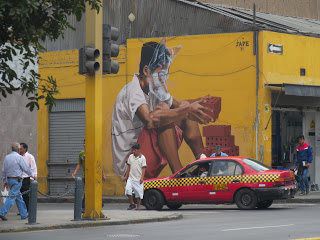 Street art in the heart of downtown Lima 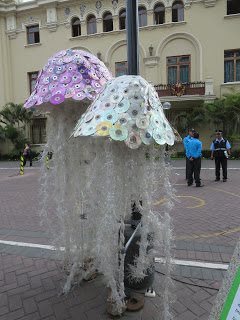 Art in Public places. Sculpture made with recycling materials 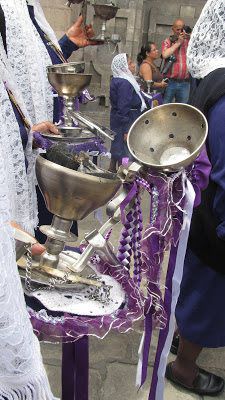 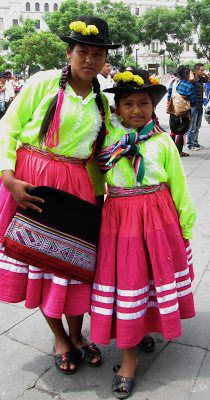 Mother and daughter during Pascuas